In order to activate the built-in firewall, go to Settings > Advanced > Product > Use Windows Firewall and set the value to No: 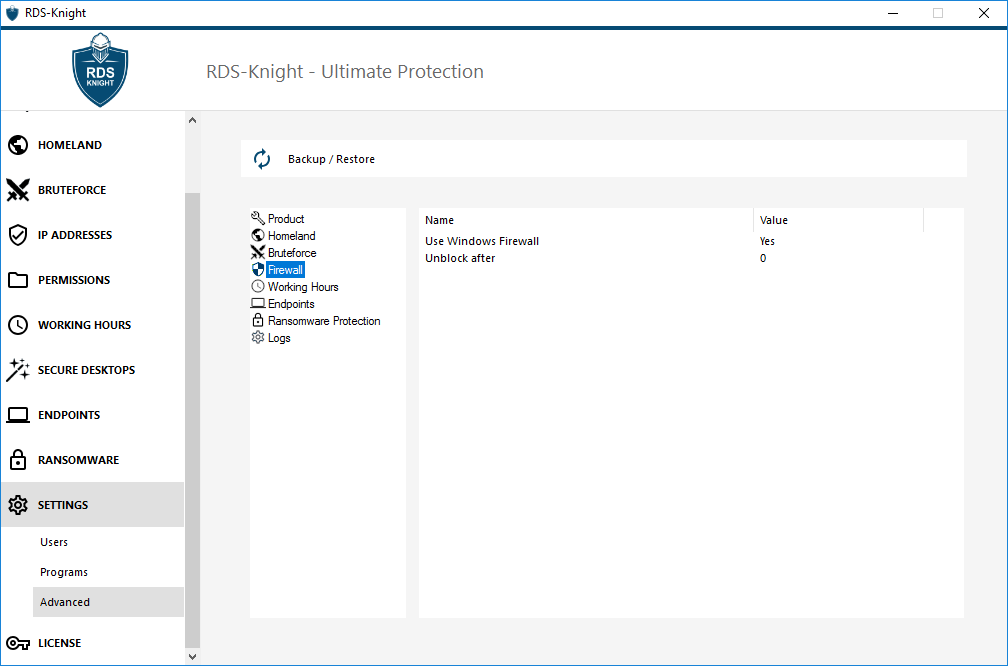 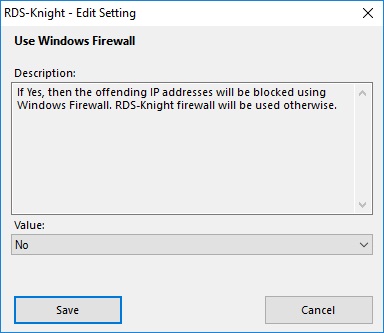 The Unblock after setting allows you to automatically unblock IP addresses after a certain amount of time (in minutes). Default value is 0, disabling this feature: 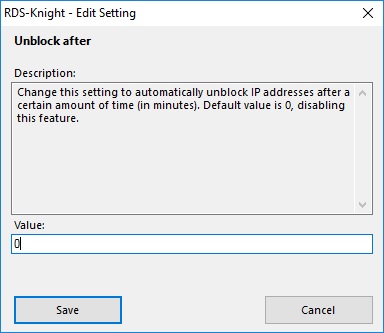