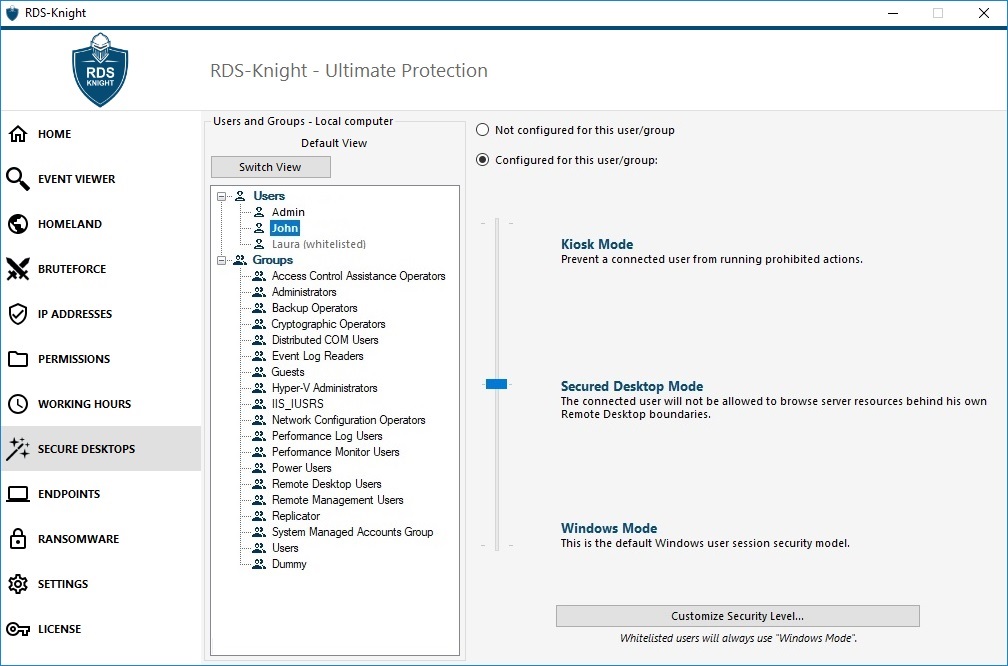 In any mode, you have the possibility to customize the security on three levels: 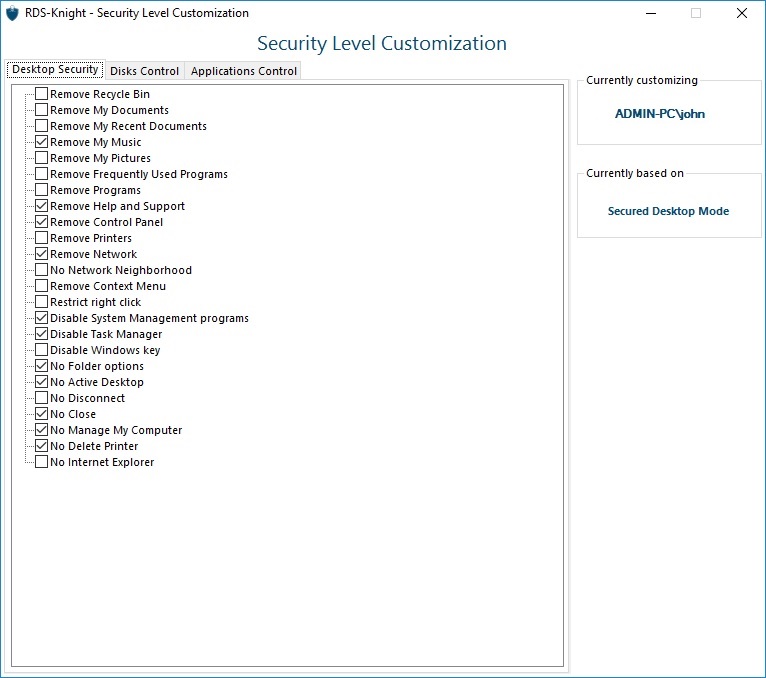 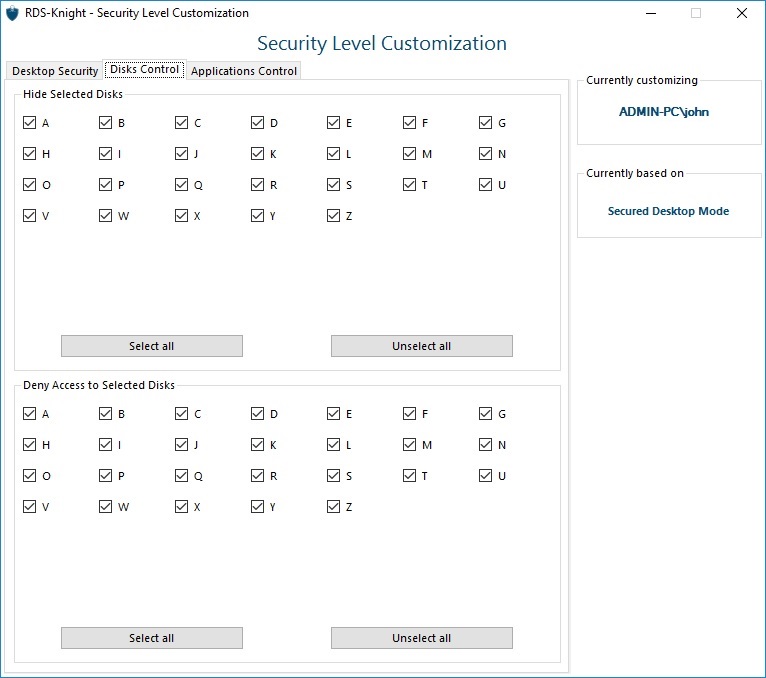 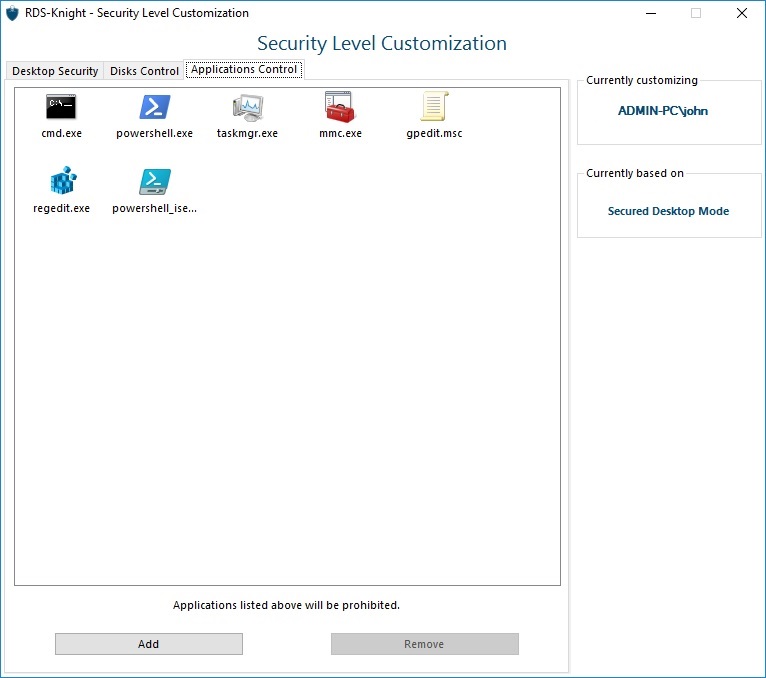 When a user opens a new session on the server:

For instance if a first group has a rule to remove the Recycle Bin icon from the desktop, but this rule is disabled for a second group, then the user will have the Recycle Bin icon on his desktop. The same priority rules will apply on every custom rule (Desktop Security, Disks Control and Applications Control) as well as for the principal Security Level (the Windows Mode being considered more permissive than the Secured Desktop Mode, which is considered more permissive than the Kiosk Mode).